I use Inkscape for most graphics tasks like drawing icons and artwork for apps. It's a fairly competent application but takes a while to get used to since it's not a native OS X app but instead relies on X11. So to use it on OS X 10.8 or later you need to first install XQuartz which is the X11 implementation for OS X.

Then there are a few preferences you can tweak in X11 to make it play better with Inkscape.

First, to be able to use the ⌥ key as a modifier you need to enable "Option keys send AltL and AltR" in the Input section[^1]: 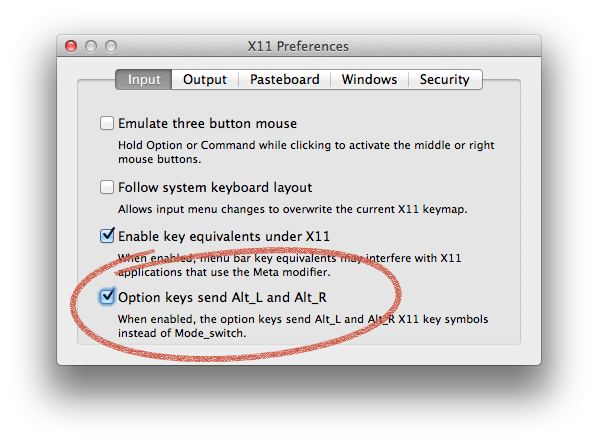 Second, to be able to copy and paste vector graphics between Inkscape windows[^2], you need to disable "Update Pasteboard when CLIPBOARD changes" in the Pasteboard section: 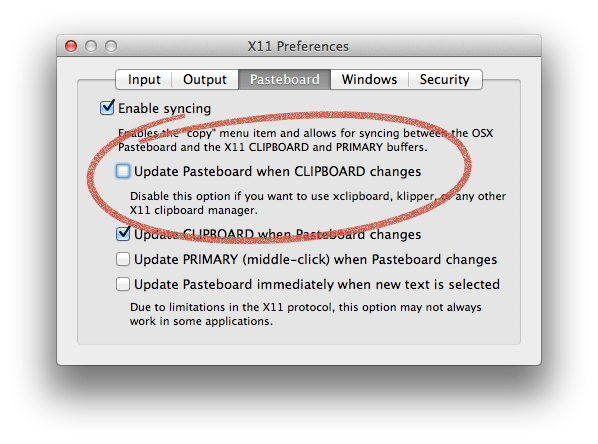 In previous releases of Xquartz, you needed to make sure to open Inkscape windows from the same instance (using the File -> Open menu item) to be able to copy and paste between windows, but that seems to be fixed now.

Now for the third and most important part: you just need to beat your head against the wall repeatedly until your muscle memory gets used to the oddities of X11 apps under OS X and before you know it you will automatically:

This list is mostly tounge-in-cheek, I love Inkscape - it's a very capable tool, it's free and uses a free and open file format, SVG. Another really nice feature is that it is possible to things like exporting to PNG using a command-line interface, so things like automatically exporting icons and images can be done easily. But it does take a little bit of struggling to get over the differences to native OS X apps.

[^1]: For example for ⌥-clicking a stack of objects to select objects that are below the top one. [^2]: Without this setting, images are transferred as bitmaps instead of vectors.